Our company is a reliable technology based on experience and achievements of development and design of high voltage / large current pulsed power supply over 40 years, Technical support and customization on generation and control of Pulsed Power We are doing power production · collaborative research (request from universities and companies).

In order to generate and control the Pulsed Power, the following seven technologies are required.

Electricity is usually supplied in exchange at home and at factories. In order to generate Pulsed Power, it is necessary to convert the power supplied by AC to direct current controlled with high accuracy. In recent years, compact, high-efficiency, high-precision power conversion method using a high-frequency inverter circuit has become mainstream.

In order to generate Pulsed Power, you first need a receptacle to store the necessary electrical energy. There are two main types of electricity containers.

In either method, the following performance is an important point.

Depending on each method, there are advantages and disadvantages, and it is important to select the optimum method according to the application. 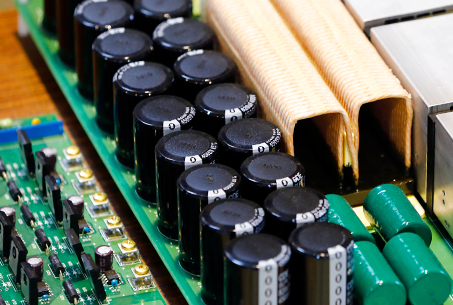 In order to generate powerful Pulsed Power,
it is the most important point how quickly you can extract the electric energy stored in the above container.

A switch that operates at high speed is used to extract electrical energy,
but depending on the energy storage method, the type of switch required is different.

Apply voltage abruptly to the load by abruptly closing the voltage energy stored in the capacitor.

Since it is usually high voltage and large current, discharge tubes such as tetrode tubes and thyratrons were widely used in the past.

The incidental facilities are complicated, periodic adjustment is necessary, and there is a shortcoming such as a short life span.

By using a semiconductor switch, pulsed power can be stably generated with high repetition.

It abruptly cuts off the current energy stored in the inductor and causes the current to be steeply commutated to the load.

Semiconductor opening switches (SOS) that diverted reverse current suppression characteristics of diodes have been used for small-scale ones.

To convert the pulsed power to the voltage and current that are ultimately required by the load, use a pulsed transformer, a voltage superimposing circuit, or the like. Also, since there are many cases where it is directly connected to the load, in addition to the mechanical strength of the partition wall against the load, a combined examination is required together with insulation pressure resistance, vacuum leakage, emission gas and others. In order to efficiently transmit the pulsed power as steep as possible to the load, it is necessary to minimize the stray inductance, stray capacitance, etc. of the structure of this output part and to match it with the load impedance.

In order to generate Pulsed Power accurately, stably and safely, it is necessary to have a function to monitor and control the entire operation so that the above-described functions are coordinated and the whole system operates with optimum efficiency. Recently, it is common to use whole control panel using sequencer and touch panel. Especially for high-speed control and interlock operation, it is increasingly used in combination with digital control such as FPGA, DSP, RISC. Ethernet can also be used for communication with external control.

The Pulsed Power generator generates extremely steep pulse power to the load, but if you do not apply normal noise countermeasures, if you make a mistake one step becomes a noise generation device, it will disperse noise to the external equipment installed in the periphery , It may cause measurement noise or cause malfunction, or it may cause the worst, failure. For safe use, appropriate measures are indispensable in order not to emit noise (conductivity, radioactive) to the outside. For this, the optimum design according to the situation of the installation site becomes important, so it is necessary to consider countermeasures together with the user from the design stage including the structural consistency with the load. In addition, it is also important to prevent unnecessary motions and failures beforehand by taking sufficient countermeasures against malfunctions structurally against noise coming from outside. 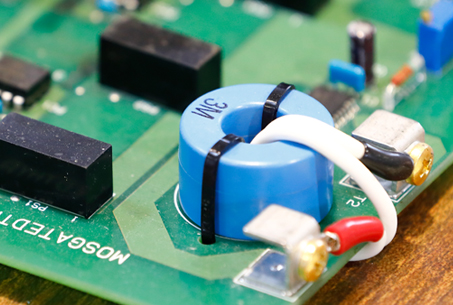 Please do not hesitate to consult us about prototyping prototypes related to generation and control of pulse power, technical support, joint research, etc.

We are doing all technical support on Pulsed Power generation and control.
We provide the following technical services according to each stage of research plan.

Inquiries by e-mail are accepted 24 hours. For inquiries you received outside the reception hours, we will correspond after the next business day.